Harvey Nichols were expecting a huge amount of traffic for their brand launch of Fenty by Rihanna, so they reached out to Absolute Commerce to help prepare their Magento website environment

The brief was to ensure their heavily customised Magento 1 website could handle the large influx of additional orders and traffic expected, and still remain a responsive and pleasant experience for their customers.

Harvey Nichols already has a great team in place, whom we worked closely with during our initial investigation and throughout. Using New Relic to dive deep in to the performance bottlenecks we were able to identify a number of slow transactions and subsequently optimise areas of code where we could gain a lot of performance whilst maintaining functional parity and mitigating risk.

Using BlazeMeter to run JMeter tests we were able to run load tests with the expected volume of traffic in order to track the gains these improvements introduced. During these tests New Relic data was analysed to monitor the performance of the stack as a whole to make further changes as required. The end result was a very stable environment churning through a large numbers of orders per minute and remaining responsive, even under heavy load.

The guys came in and quickly laid out an action plan with us to identify and resolve all the key bottlenecks in our system, and help us load test our environment to prove it could handle the expected levels of traffic. We were extremely pleased with the end result and would happily work with Absolute Commerce again when the opportunity arises.

Have a look at the screenshots below of Fenty by Rihanna, or head over to HarveyNichols.com to browse the range! 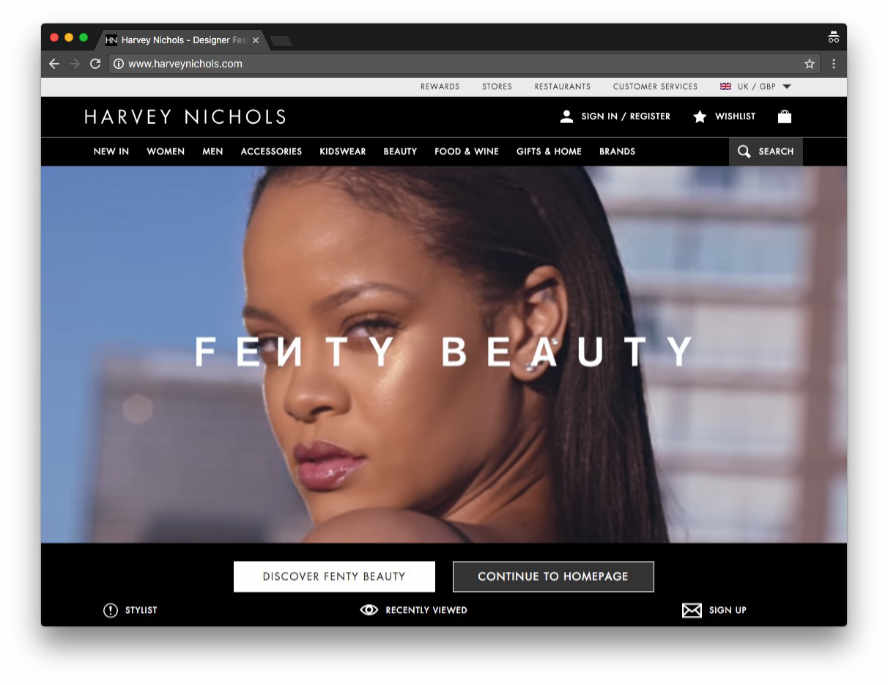 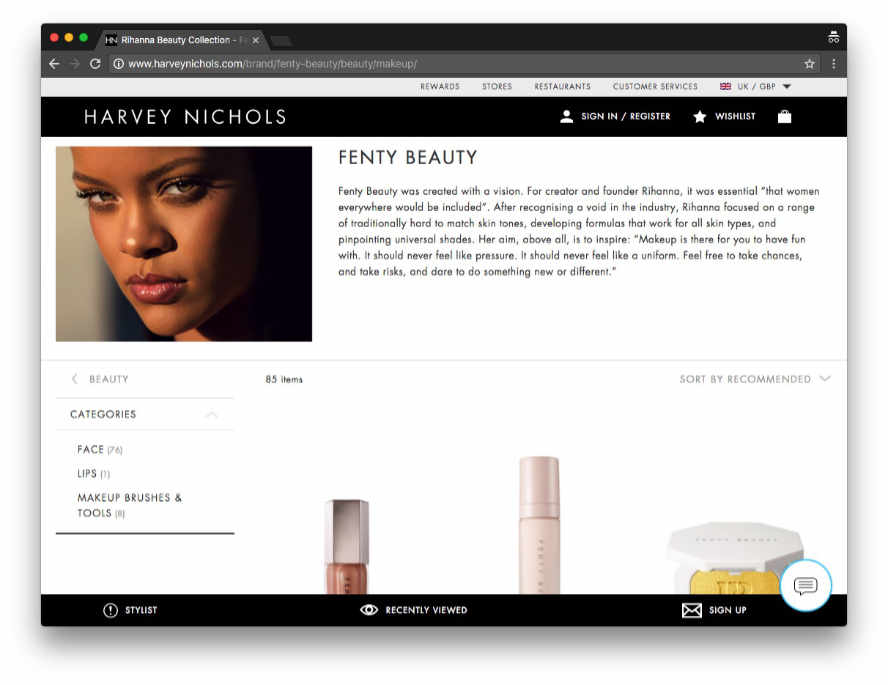 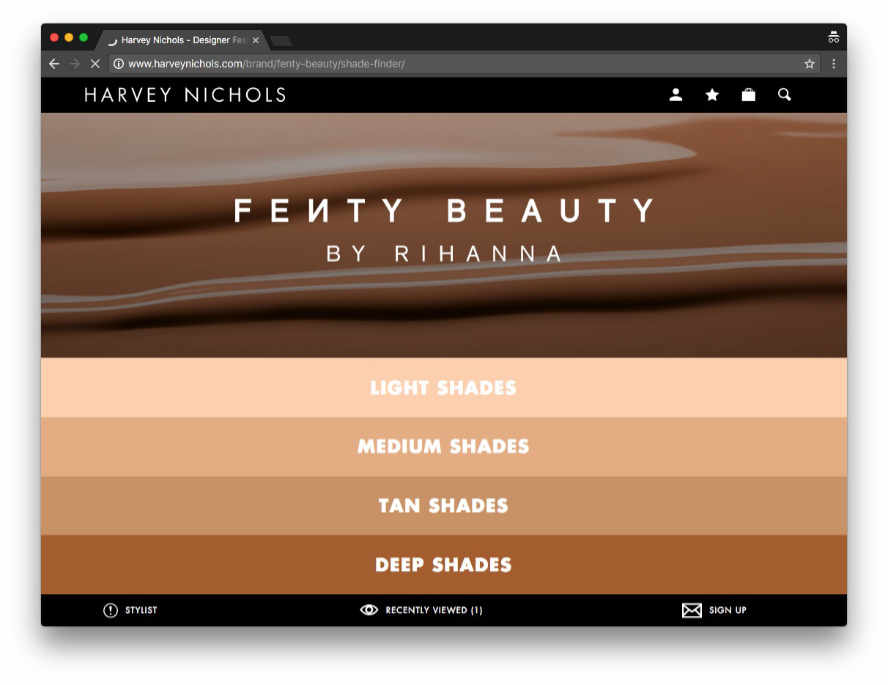